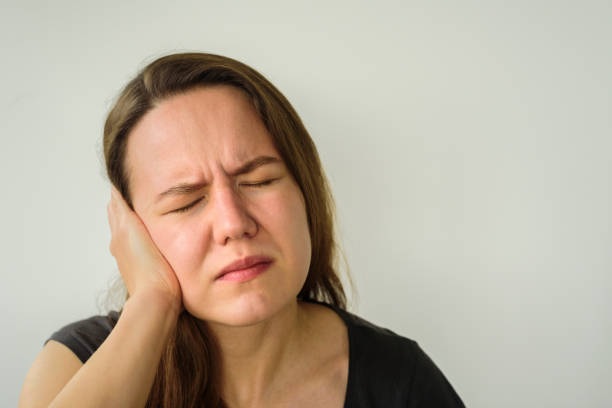 How the tumour began

When Michelle Francis began suffering with extreme tiredness and low mood, she went to her GP. But she was reassured when she was prescribed antibiotics for a supposed sinus infection. It was only when her symptoms were still there a year later, and her personality changed drastically, that the truth was discovered.

The 47-year-old, from Dartford, Kent, was eventually diagnosed with a brain tumour the size of an orange, squeezed between her skull and her brain. Michelle started feeling unwell in June 2020 with overwhelming tiredness and dizziness. She went to her family doctor, only to be prescribed antibiotics for a supposed sinus infection. But after finishing the medication, her symptoms persisted.

Sinus symptoms starting to grow on her

A few months on, she was also experiencing blurred vision, ringing in her ears, and numbness in one foot and hand. She went for eye tests but the optician couldn’t find anything wrong.

In February 2021, unable to sleep because of the constant ringing in her ears, she returned to her GP and this time was given antidepressants. Michelle, who works with adults with physical and learning disabilities, recalls: “I’d normally describe myself as a lively, cheerful person.”

A change in her personality

“But by now I had absolutely zero energy and was feeling very low. I put on a lot of weight, slept all the time and didn’t want to socialise with my friends. People suggested I was going through the menopause, but I had blood tests and ruled that out. Things were so bad I could hardly be bothered to cook or take a shower.”

What’s more, Michelle began to lash out at her loved ones, mainly her boyfriend Dave, 46, and mum Rosalie, 65.

“I was very irritable and snappish around the people I love – flying off the handle at the slightest thing,” she said.

“Afterwards I’d feel terrible for being nasty to them, which made me even more depressed and sent me retreating back to bed again. But now my colleagues in the office noticed me failing to get things done, and being abrupt with people. My boss called me in for a chat. I told him: ‘Yes, something’s wrong with me but I don’t know what.’ I was referred for counselling. It felt like there was a dark cloud constantly hanging over me.”

The discovery of the tumour

In September 2021, Michelle was at work and needed to move a chair in the office, only to find herself so weak and debilitated that she couldn’t even pick it up. The following month, feeling too overwhelmed to go into work any more, she had to go off sick. Then, in November 2021, during a conversation with an engineer who’d come to fix her boiler, she had a seizure and collapsed in her kitchen at home. As a result she was sent for a CT scan, and on New Year’s Eve 2021 was summoned back for an appointment with her GP, accompanied by Dave. There she was told the scan had revealed a 7cm tumour between her brain and her skull.

It was on the left side of her head and was pushing down on her optic nerve, causing the constant headaches.That same day she went into Darenth Valley Hospital, Dartford, for more tests and spent the next 13 days on a ward.

On January 18, Michelle had a six hour craniotomy operation at Kings College Hospital, South London, to remove the tumour, which was later found be a non-cancerous grade two meningioma. Some of her hair had been shaved away and she now had 40 metal staples holding her scalp together. Michelle tells Sun Health: “Over the next six days, as I recovered on the ward, I started to feel very emotional. I realised that until then the tumour had been suppressing all my normal emotions – I hadn’t cried once in the previous two years, not even when my doctor broke the news to me that I had a brain tumour!”

Michelle was discharged from hospital and sent home to recover. But she later had to return for another 90-minute surgery, after developing a severe infection in her wound. As a result of her ordeal, she has lost her senses of smell and taste, and doctors are unsure whether they’ll return. She’s on anti-seizure medication for the foreseeable future and can’t drive either.

She has also been diagnosed with PTSD and has been warned that – because her tumour was sitting on her optic nerve and only some of it could be removed – it might grow back in future, requiring more surgery or radiotherapy.

However, regular monitoring is showing that she’s currently stable and her tumour is inactive, with no signs of regrowth. Michelle is now working with charity Brain Tumour Research to raise awareness of brain tumours and their symptoms. Michelle adds: “I have been to hell and back. But I’m know that I am one of the lucky ones. My surgery was successful, my tumour was non-cancerous and I have survived. Now I want to shout from the rooftops to raise awareness of brain tumours, which claim more lives than any other cancer.”

All About Otolaryngologists (ENT Doctors) 2022

What would I look like with a Nose Job | Rhinoplasty

5 Silent Signs of Hearing Loss You May Be Ignoring