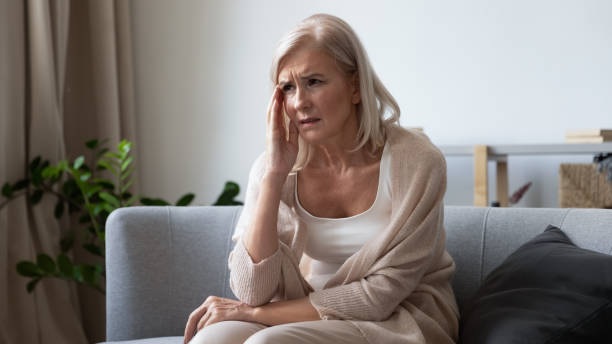 Dizziness takes many forms, which means it has many causes, from migraines to low blood pressure.

We all once associated dizziness with too many spins on the park’s mary-go-round, but when you get dizzy spells as an adult, it’s usually a cause for concern. And oddly enough, the term is difficult for doctors to define. “There is no one way to pinpoint what is actually happening anatomically,” says Tamika Henry, M.D., board-certiﬁed family physician and founder of Unlimited Health Institute. Some might feel light-headed or nauseous, while others might feel a sense of vertigo, meaning their environment feels like it’s moving. So, when you ask yourself, “Why do I feel dizzy?” the best course of action is to get to the symptoms’ root cause—be it a migraine, ear infection, or something more serious.

“Dizziness is one of the most common complaints we receive as neurologists. But what people mean when they say they’re experiencing it is often unclear,” says David Perlmutter M.D., a board-certified neurologist and author of Drop Acid. Dizzy spells often (though they don’t always) occur as a symptom of a larger health issue, and most are rooted in either an inner ear or circulatory problem.

BPPV is one of the most common causes of vertigo, according to the Mayo Clinic. It’s characterized by a false sense that your surroundings are moving, which is often triggered by sudden movements like sitting up or rolling over in bed. This has to do with a displaced positioning of inner ear crystals that run the balance system and normally inform our brains of our position, says Dr. Perlmutter. Doctors can help reposition the crystals with a series of head movements, or perform surgery if necessary.
Infection

Dr. Henry says Meniere’s Disease, a buildup of fluid in the inner ear, causes vertigo, along with hearing loss and tinnitus.
Migraine

“Dizzy spells representing vertigo may occur prior to the onset of a migraine headache, and this is surprisingly common,” says Dr. Perlmutter. “Head pain with dizzy spells as well as nausea and even vomiting are also not unusual.” This is particularly the case for vestibular migraines, which are characterized by dizziness.

“Low blood pressure can be a problem with the circulatory system, resulting in the symptom of dizziness,” says Dr. Henry. Essentially, when there’s a dramatic drop in your numbers, a sense of “lightheadedness” can happen that feels like the room is spinning.

According to a 2018 report from the American Heart Association, strokes are the underlying cause of 3% to 5% of emergency room visits spawned by dizziness and vertigo. It can be difficult to diagnose dizziness as such, per the report, so pay attention to other potential symptoms. If you’re also experiencing numbness, confusion, or mobility issues, see a doctor immediately.

Other causes of dizziness include medication side effects (such as those from seizure meds, antidepressants, blood pressure meds, or diabetes meds, per Dr. Henry), anxiety, anemia, dehydration, and low blood sugar.

“By and large, dizzy spells to not indicate that something serious is occurring,” says Dr. Perlmutter. In vary rare cases, he says a thorough evaluation is recommended to rule out less common, more serious causes like a brain tumor.
Dizzy spell symptoms

As previously mentioned, dizzy spells are often the result of another health problem. But there are symptoms often associated with them, Dr. Henry says, including:

When to see a doctor about dizzy spells

If symptoms of dizziness persist and impact daily living, it is recommended to see a ENT Doctor. Also, if the dizziness is debilitating, or is associated with loss of mobility, an intense headache, numbness in extremities, the inability to speak, trouble walking, and/or acute onset of confusion, seek medical attention right away.