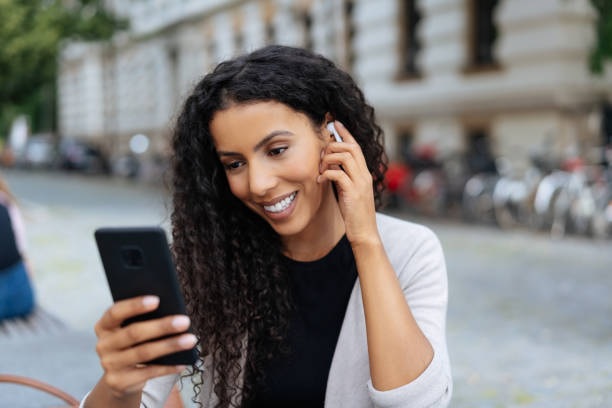 People with tinnitus may soon be able to silence the noises in their heads by downloading a phone app that trains the brain to unfocus on the sounds they’re hearing.

A new study published in Frontiers in Neurology reported the results of a mobile phone-based therapy trial where two-thirds of participants showed significant improvement in their tinnitus symptoms.

“For some people, it was more a case of the tinnitus sound becoming more innocuous and easier to ignore, but others actually reported experiencing silence for the first time in years,” Phil Sanders, PhD, an audiology research fellow at the University of Auckland in New Zealand and senior author of the study, told Verywell.

Because everyone experiences tinnitus differently, it can be difficult to pinpoint a cause or move forward with a treatment plan.

“We haven’t been able to find an ‘off-switch’ in the brain that works for everyone,” Sanders said. “Our research and this digital therapeutic is really centered around tailoring the therapy based on the individual’s goals and characteristics.”

To conduct the study, the research team randomly assigned 61 people with tinnitus to either interact with a prototype of the new digital therapeutic app or a different app that produces white noise.1 White noise and other sound therapies are often used as short-term solutions to reduce the intensity of tinnitus, though their effectiveness remains up for debate.

How the App Works

Individuals assigned to the digital therapy group used Bluetooth bone conduction headphones and neck pillow speakers to engage in passive or active listening. Active listening sessions allowed for a sort of gameified experience, during which users would use a use a slider tool on their phone app to identify the location of a sound, or respond to prompts about sounds they were hearing.

The goal of the digital therapy was to train the brain not to focus on the tinnitus sound. As a result, tinnitus may become a forgettable background noise.

Participants underwent an initial evaluation from an audiologist, who created an individualized treatment plan based on the person’s tinnitus severity and duration.

“I think the most surprising thing was to hear from some participants [was] that they actually experienced some periods of silence after using the therapeutic for a while,” Sanders said.

Since the trial was very small and only lasted for three months, Sanders said it’s difficult to say whether the therapy is a one-time intervention, used only when tinnitus becomes debilitating, or if it’s suitable for lifelong use. However, he speculates ‌it would vary from person to person.

While the mobile app therapy is not available to the public yet, Sanders and his team are working on creating more prototypes that will be tested in larger clinical trials. If all goes well, his team will work on getting FDA approval in a few years.

“Contrary to what many people hear when they first seek care, there are things you can do for your tinnitus if it’s a problem for you,” Sanders said. “We’re going to keep looking for ways to help different people. I don’t think there’s a one-size-fits-all approach. As medicine moves towards a more personalized approach, we’re going to be doing that too.”

Prevent Ear Infections – learn how to have healthy ears for life