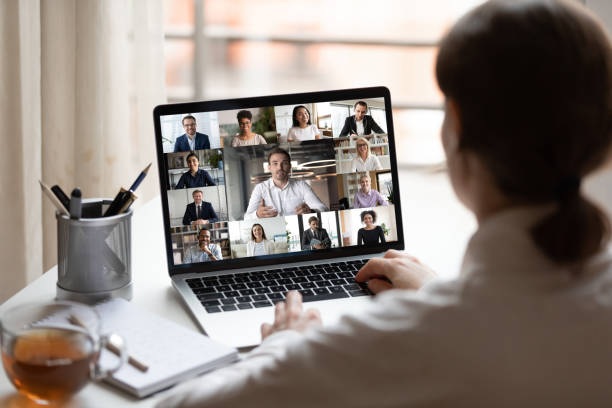 ‘The saying ‘use it or lose it’ really applies to the brain,’ says lead researcher Hiroko Dodge, who says online interaction helps strengthen the brain’s network

Research has shown that social interactions, such as simply talking to friends and family members, can moderate the effects of dementia.

Now, new findings indicate that such interactions do not have to take place in person – the chats are effective if they are conducted on Zoom, too.

In a study involving subjects who were 75 years and older, participants who took part in four 30-minute Zoom calls a week saw a boost in their cognitive reserve – resistance to damage of the brain – improving the brain’s ability to deal with mild cognitive impairment (MCI).

Boosting cognitive reserve does not prevent or cure dementia – it increases the brain’s capabilities to deal with it by improving its connectivity.

“Social connections can be protective against dementia and Alzheimer’s disease through cognitive stimulation which improve cognitive reserve,” says professor Hiroko Dodge, now director of research analytics at the Interdisciplinary Brain Centre at Massachusetts General Hospital and Harvard Medical School, both in Boston in the US state of Massachusetts, who led the study.

“Our brain is made of a web of networks and thus the more well-connected the brain is, the better it can function despite some parts being disrupted. Cognitive stimulation can improve the connectivity,”

“Cognitive reserve works like a computer network – one part of the brain does not function well, but other parts might compensate for the impaired functions. The better this network connectivity, the more resilient we are against pathological occurrences.”

This means we can sustain normal functions longer, even if we have problems such as plaque build-up, which occurs between nerve cells in the brain and is linked to steeper memory decline.

The study took place as part of a project called I-Conect – short for Internet-based Conversational-Engagement Clinical Trial – which focuses on elderly people. Although this group is the most at risk from dementia, its members are rarely asked to take part in studies.

A control group received only the weekly 10-minute check-in calls. Those who received the Zoom calls had a boost in their cognitive reserve over the year, while that of the control group declined.

“We found that the experimental group had better cognitive test scores in comparison with the control group,” says Dodge. “The former also showed better functional connectivity in a certain part of the brain, and also speech complexity showed higher scores, meaning that they can generate more complex sentences after the experiment.”

Although only the Zoom group showed improvements in cognitive ability, both groups improved their scores in social satisfaction, an area that relates to emotional well-being.

The study focused on those with mild cognitive impairment (MCI), which Dodge describes as an early stage of loss of memory or other cognitive ability in individuals who are still able to independently perform most daily living activities. About 15 to 50 per cent of people diagnosed with MCI can later progress to dementia.

Although it is known that in-person social interactions improve cognitive reserve, Dodge’s study showed that online interaction is also effective. She believes that Zoom is useful because it shows peoples’ faces.

“Seeing a face makes a difference. Face-to-face communication is important, as we are using the visual cues. It’s more stimulating,”

But more research is needed to draw a distinction between the effects of in-person and online chat conversations.

“That is what I want to find out in the next trial,” Dodge says. “Many people think that in-person interaction is better. But if you use a high-resolution big screen, that almost gives you an in-person experience.”

Some older people are not familiar with using digital technology, and may have problems using a tablet because of conditions like ailing sight. Gerontechnologists – those combining elderly services and innovative technology – must look at developing such technology on a wider scale to enable older people to connect digitally, she says.

“The device has to be user-friendly. In our model, only one touch on the screen is needed to start conversations”

“There are a few commercially available devices, but they can be expensive … it’s important to develop less expensive and user-friendly devices and disseminate them widely to isolated subjects to reduce social isolation and improve cognitive functions for the population at large.”

Because her trial ended after a year, Dodge says she does not know if the beneficial results continue after the cognitive stimulation stops.

But many of the participants wanted to continue with the Zoom calls after the trial had finished. To this end, she has formed the I-Connect Foundation, staffed by volunteer interviewers, some of whom migrated from the original study. The foundation is now seeking donations.

Dodge says that it is crucial that people understand that they can take action to moderate dementia’s effects.

“The saying ‘use it or lose it’ really applies to the brain,” she says. “Just like muscle exercise makes a muscle stronger, if you use your brain, connectivity gets stronger and more efficient, and you can improve your cognitive reserve.”